First Steps From Presentation to Story 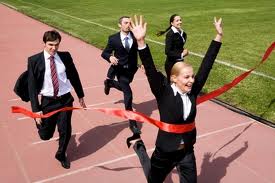 Okay, you’ve decided to take a chance with your next business presentation and use a story. But how do you go about doing it? What are the steps you need to take to build that story?  Begin at the end! Start building your story by figuring out the action you want your audience to take as a result of your presentation. In other words, define your goal.    Most people build a presentation by asking, “What is it I want/have to tell my audience? ” Wrong, by starting this way, you put the emphasis on the wrong person and the wrong ideas. It makes your presentation all about you and your needs. What you want or have to tell your audience, not what they need to hear. Instead, turn this approach on its ear, and ask yourself three crucial questions: ” What is my goal, in giving THIS presentation to THIS audience? “What does my audience need to hear to take the action I want them to?” “How can I make doing what I want appear to my audience to be fulfilling their  needs?”   Finding the answer to the last question is a sure fire way to get an audience to do what you want them to. Who wouldn’t want to do something that benefits them? By starting at the end, knowing your goal, then turning the achievement of your goal into a fulfillment of your audience’s needs, you will have built a winning story. 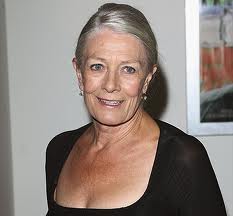 Years ago, I was producing a film about victims of political torture, and I really wanted to cast Vanessa Redgrave in the lead role.  However, the network I was working with was adamant about sticking to the amount of money they had budgeted for cast. Vanessa’s representatives wanted $50,000 more than was in the budget for her role. I had found $50,000 worth of savings in the budget, so I didn’t need more money, what I needed was a policy change. The head of physical production was dead set against making any changes to the pattern budget. My desire to cast Vanessa, was causing a political firestorm at the network. It had become, “not about the money but about the principle.” I had to present my case to the head of the network to get the money shifted. My goal was to get fifty thousand more dollars for the role. Getting the network head to fall in love with Vanessa would make that happen. Instead of going in and arguing about the relative worth of Vanessa, against a number of other fine actresses who would work for the budgeted money, I put together a reel of performances. The three “name” actresses who would work for the budgeted money and Vanessa, in Julia. We showed the network head the reel, and then asked him to decide if Vanessa was worth breaking precedent for. 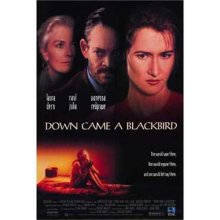 By knowing his need, “a brilliant, name actress in the role,” who would get the film, and by extension the network head, critical acclaim, nominations, and valuable word of mouth, and by showing him that no one who would work for the money was as good as Vanessa, we got him to loosen the purse strings without even blinking an eye. We didn’t discuss facts and figures until after we had connected his emotions with our goal. At that point, the dollars and cents became a secondary issue to him, as we had shown him how to fulfill his needs by taking the action we wanted. Of course, the head of physical production made our lives extremely difficult on the shoot, but that’s a story for another day.
Shared